Beyond the Bricks: Real estate industry steps up to give support to bushfire victims

As part of the massive recovery effort, a large group of brands within the Australian real estate industry has come together as one to work with relief organisations supporting the bushfire affected communities and wildlife through a fund-raising campaign #BeyondtheBricks.

Beyond the Bricks is a three-phase plan to provide assistance not only during the crisis but to the communities most affected in the aftermath.

“For me, like many of us, I was sitting feeling quite helpless watching the news.  It occurred to me that it would be a great opportunity for us (as an industry) to do more together,” says Pennell.

As is so often the case following a disaster of this magnitude, the local, national and global response has been a real team effort.

“That was quite overwhelming for me to see everyone clearing their calendars, enthusiastically approaching the topic, willingly putting their hands in their pockets to make corporate pledges – the fact that we generated almost $900,000 in corporate pledges within the space of a week, it was just remarkable,” Pennell says.

“If I could use the analogy of a share listing – there was so much money before it went public, so that was interesting in itself, the generosity of the industry,” McKibbin adds.

McKibbin is amazed and thankful, although not necessarily surprised, by the generosity of the industry. For the REINSW CEO, the incredible commitment to the Beyond the Bricks campaign highlights the giving nature of the real estate industry, especially when NSW and Australian communities need a helping hand.

“This is where the industry really has a reputational issue, but once you go behind it, once you understand the industry, and once you see how giving they are – not only on this occasion but with so many other things within the community – it is really sad, I think, that we don’t have a better reputation,” he says. 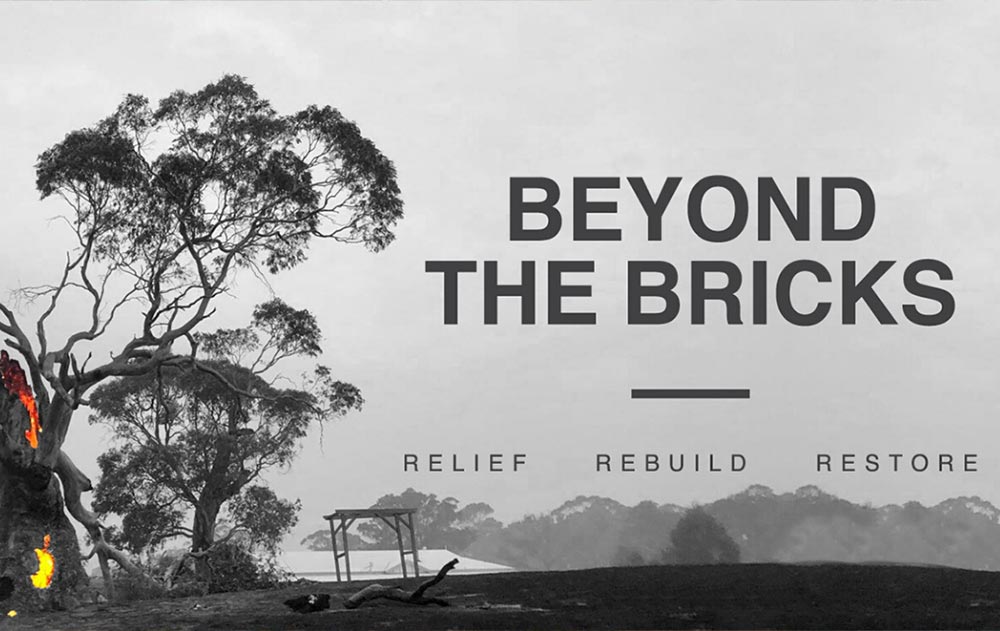 While the immediate impact of the bushfires has been enormous, we can’t underestimate the future impact of this crisis either.

“Even though it might rain for a week, that’s not going to satisfy the long-term problem of the drought, which is this shortage of food … because the whole property’s been burnt and there’s just nothing there … the after-effects, the knock-on effects. Let’s not forget also that tourists will stop going to those areas,” Pennell explains. “There will be a massive hit to those economies. The longer-term effects here are intense.”

For these reasons, Beyond the Bricks is focused on finding real solutions, not just quick fixes.

A new trend in US real estate – iBuying

iBuyers have become a significant force in the US real estate market. Will their operation come to Australia?

Read More
26
Feb
For everyone
1

Read More
5
Feb
For everyone
1

Read More
23
Oct
For everyone
3

Read More
23
Mar
For everyone
0

A new trend in US real estate – iBuying

iBuyers have become a significant force in the US real estate market. Will their operation come to Australia?

Read More
26
Feb
For everyone
1

Read More
5
Feb
For everyone
1

Read More
3
Feb
For everyone
1

Beyond the Bricks: Real estate industry steps up to give support to bushfire victims

The devastating bushfire crisis has impacted so many Australian people, families, homes and animals, both directly and indirectly. The Australian real estate industry responds with a 3 phase plan.

About to sell your home? Accepting a low deposit may be risky

Has a Purchaser offered to pay a deposit of less than 10%? Before you agree, you should understand the risks involved if the purchaser can't complete.

Are you a real estate agent? If no contract then no show!

Ever shown a home without an agency agreement or sale contract? That can hurt you financially. With REI QuiContract, you can get the sale contract quicker!